I am constantly being irritated by the use of apostrophes to create plurals.  Most of these are garden variety offenses, like this sign seen near the British Museum. 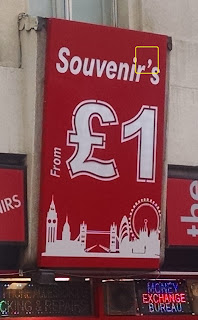 Here is another where the original building painter got "eels" right, but whoever did the awning felt the need for a random apostrophe.  Despite that, A. Cooke's serves a very tasty pie with mash and liquor (sauce, not booze).  I didn't try the eels. 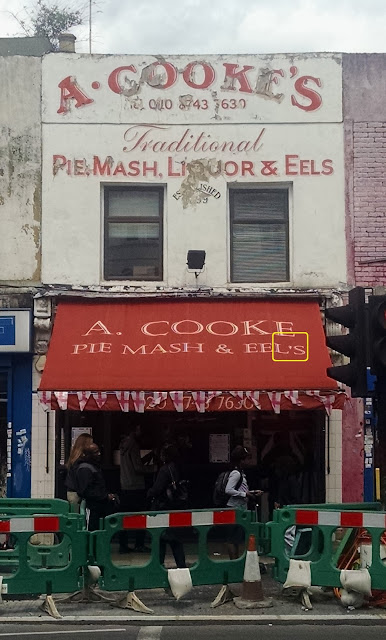 Bad as they may be, they are very commonplace abuses.  However, I saw an example in the Imperial War Museum that takes the cake - two apostrophes in the same word! 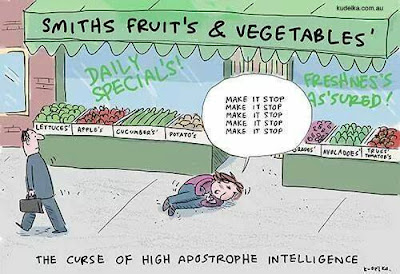 Posted by Prayson Pate at 7:51 AM No comments:

Travel Story - Who needs FitBit when you have FitBrit?

Location: London for the Network Virtualization and SDN World show

I was spending this Memorial Day in London, so I went to the Imperial War Museum to see some new exhibits. I decided to walk back before dinner to help shake off the jet lag. On my preprandial perambulation I passed the London Eye, Westminster, Big Ben, St. James' Park, Buckingham Palace, Green Park, Hyde Park, the Victoria and Albert Museum. Not every day you can have a stroll like that!

Posted by Prayson Pate at 12:06 PM No comments: